If you ever want to find yourself working in the film industry you should probably take a moment to learn from some of the greats in the business. Video production schools don’t aim to churn out arthouse directors and set workers, they want to churn out money makers. So in order to really appreciate the final incentives involved in making movies, let’s take a look at some of the biggest franchises of all time. Before you get your into commercial video production, take a look at this list.

Though Pixar technically dwarfs all of the other franchises on this list, it only gets included on a technicality. The Pixar-Disney Animations include the Toy Story, Finding Nemo, Monsters Inc, and Cars franchises — along with a few others. Pixar has been in the business of making high quality, heart warming, and cinematically sound animated films since the early ’90s and they are the best at what they do. With 14 films in their catalog, Pixar has already earned over $3.5 billion dollars in the United States alone. Not bad, eh? 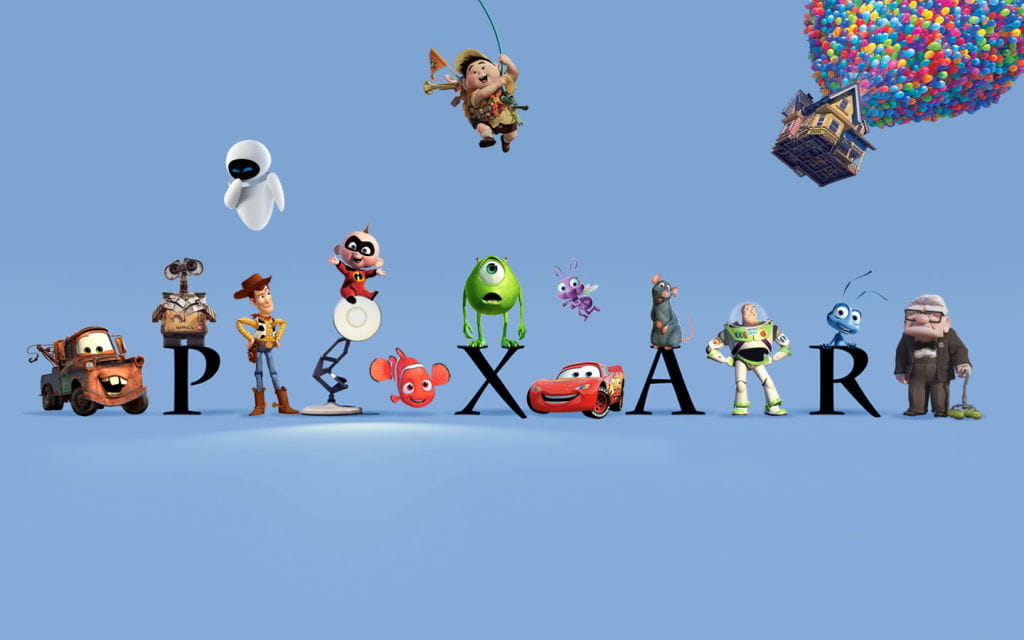 Jurassic Park is a novel written by the late Michael Crichton. The first book was adapted for the silver screen by Stephen Spielberg and has since spawned three more films in the franchise. The latest release, Jurassic World, shattered domestic box office records by having the highest grossing opening weekend of all time. With a mega star at the center of the franchise in Chris Pratt, and sequels lined up already, we know that Jurassic Park will rapidly ascend this list of blockbuster franchises. In any event, for the cinematic quality of the first Jurassic Park alone, they deserve to be listed in our Top 10. 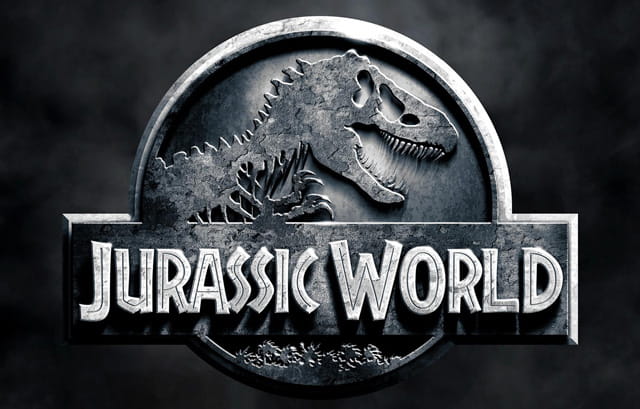 There are two kinds of people in the world: those that love superhero movies and those that loathe them. If you aren’t a cynical and twisted old person then you probably love what Marvel is doing with their Cinematic Universe. At the time of this writing Marvel has released 11 films in their MCU to the tune of $3.38 billion dollars in domestic gross alone. We’ve seen major superheroes like Iron Man, Thor, and Captain get their own solo movies as well as the Guardians of the Galaxy separate franchise. Marvel can essentially print money with these films and they have a blue print in order to do so set up for the next four or five years of releases. Marvel will probably head this list within the next few years by way of sheer financial domination. 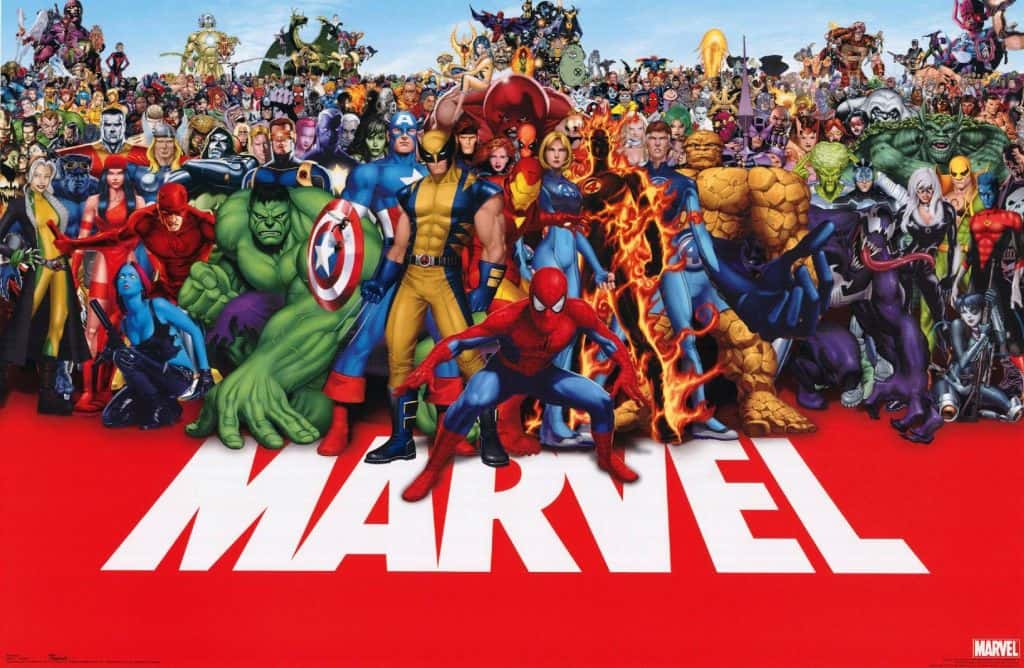 Fast and the Furious

On paper The Fast and the Furious should never have succeeded. It is a dumb blockbuster with over the top action, physics defying car showdowns, and actors that know about three total emotions. Yet here we are, 14 years later and the franchise is still kicking out sequels. Right now there are 7 entries into the series with a domestic value of $1.28 billion dollars. With Dwayne (The Rock) Johnson getting involved, as well as the surging popularity of Vin Diesel, the series seems to be in good hands for the foreseeable future. 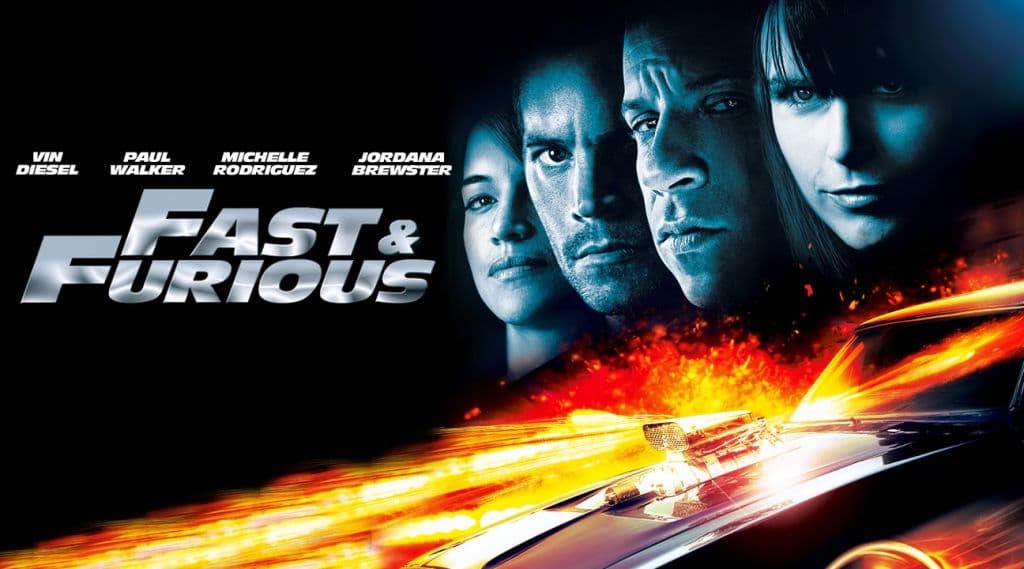 Fast and the Furious

Pirates of the Caribbean

Disney unknowingly launched a mega film franchise when they built the Pirates of the Caribbean theme park ride so many years ago. The first film released in 2003 and became a surprise hit at the box office and a critical darling thanks to Johnny Depp’s lovable Jack Sparrow. Since then we have gotten three more sequels with a fifth entry coming in 2016. The series has racked up $1.29 billion dollars at the domestic box office and the fifth film, filled with an All Star cast that includes Javier Bardem, looks to easily add big numbers to that total. 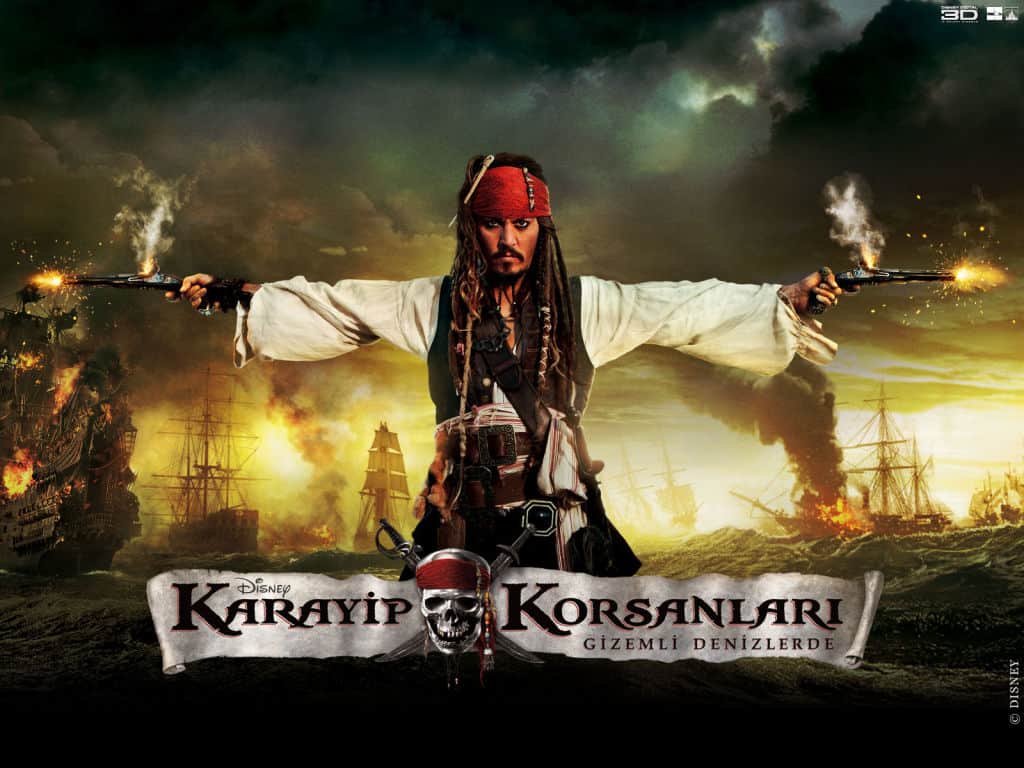 Pirates of the Caribbean

If you want to learn a thing or two in video production training, pay attention to what J.J. Abrams has done with the Star Trek franchise. Perhaps the longest enduring franchise on this list, alongside rival Star Wars, Trek has seen several reboots along the way. The first film aired in 1979 and we saw a reboot in 2009 with Chris Pine and Zachary Quinto taking the lead roles of Kirk and Spock respectively. Now JJ is aiming for a third entry into the series and we have little doubt that the film will be anything but a box office darling. So far there have been 12 films released in the Trek canon to the tune of $1.24 billion dollars and this does not count any revenue created from the long running and critically successful television series. 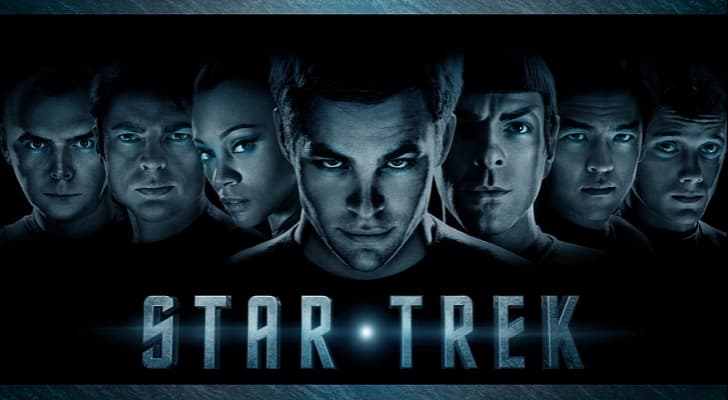 If you were born in the ’80s or early ’90s then you grew up with Harry Potter. Upon the release of the first novel it became the go to book for people all over the globe. In fact the series became such a phenomenon that it immediately spawned a series of mega hit films. The Harry Potter film franchise racked up 8 movies with a recorded domestic value of $2.39 billion dollars. Only counting domestic box office numbers really hurts Potter as it had such a global appeal. The franchise spawned two huge stars in Emma Watson and Daniel Radcliffe and helped bring veteran actors like Alan Rickman into the mainstream in a big way. 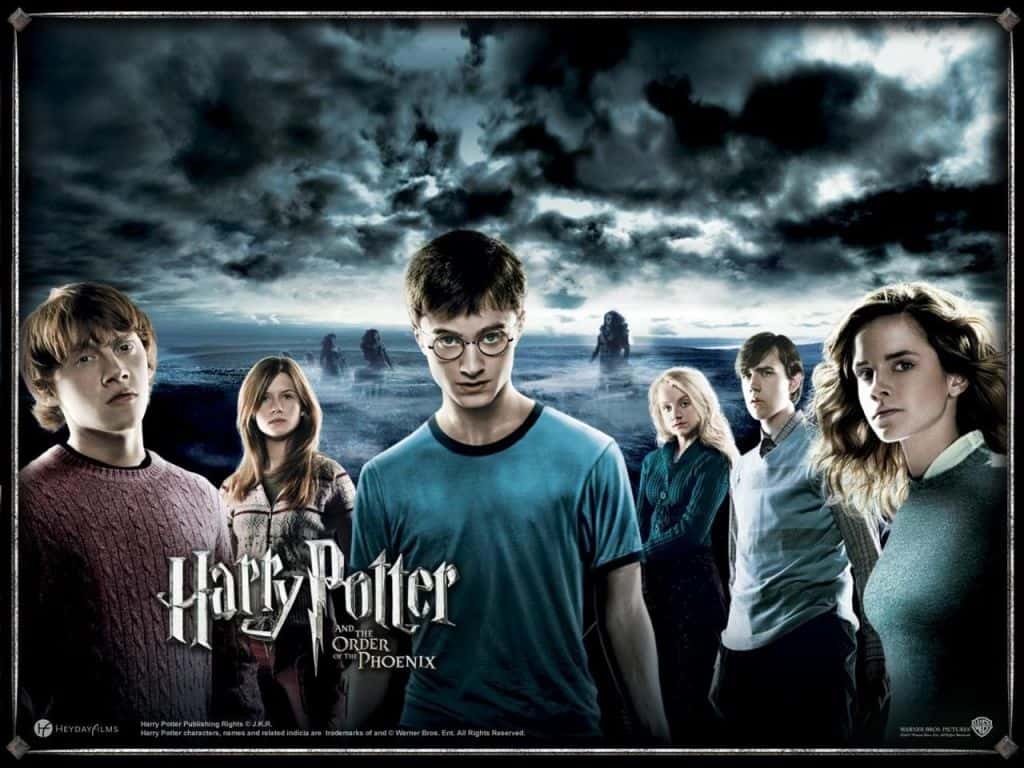 Michael Bay does not care about being an enduring figure in cinema but he does know how to make buttery popcorn flicks that cash in money hand over fist. Transformers may be the most critically panned successful franchise of all time, but the audience loves every entry. Starting in 2007 with Transformers, Bay has helmed 4 titles with more on the way. So far the action figure based film franchise has earned $1.33 billion dollars domestically with big numbers over in Japan as well, who just go crazy for the big robot movies. 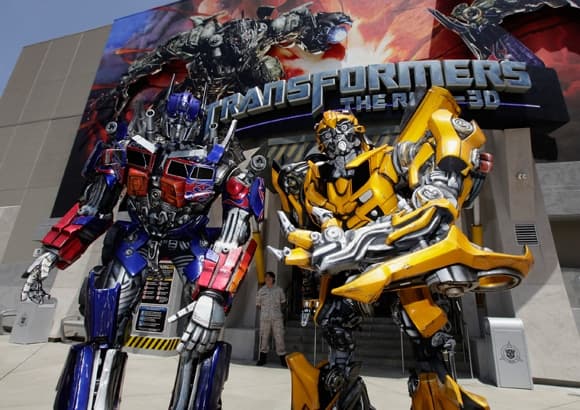 Lord of the Rings

The Lord of the Rings franchise began in 1999 with Peter Jackson’s first epic, The Fellowship of the Ring. Thereafter we got two more entries in order to complete one of the most beloved film trilogies in the history of the medium. Peter Jackson treated Tolkien’s source material with love and changed only what was needed in order to tell a compelling and complete story on the big screen. The results were incredible as the film launched the careers of Viggo Mortenson, revitalized Sean Bean, and put Ian McKellan into almost deity status among fans. The Trilogy ended up earning $1.87 billion dollars as well as defining the sweeping epic genre that is more common today. 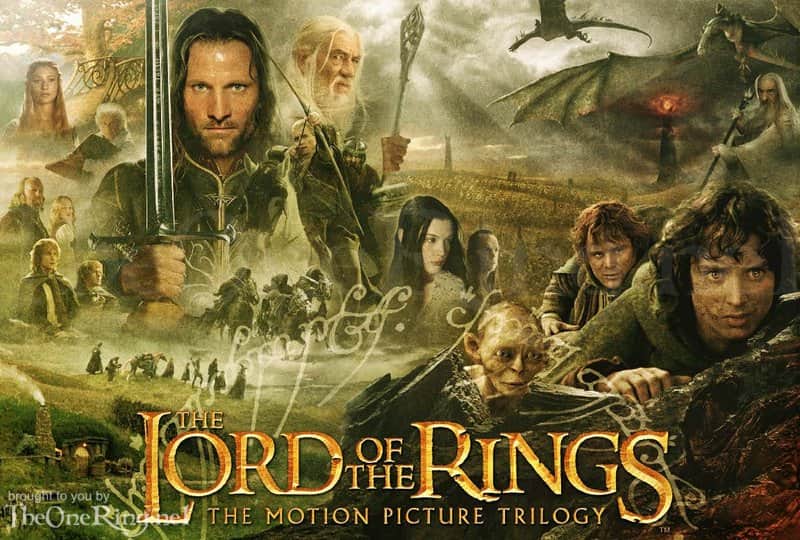 Lord of the Rings

How else can we complete our list than with the science fiction opera, Star Wars. Star Wars was made by George Lucas in the ’70s and it has since become a global icon. So far we have seven films in the series, countless books, and even more fans of the series. J.J. Abrams, who also works on Star Trek, is bringing a new set of films to the big screen in the next couple of years. So far the original series earned $1.92 billion dollars at the box office without counting re-releases or non domestic totals. 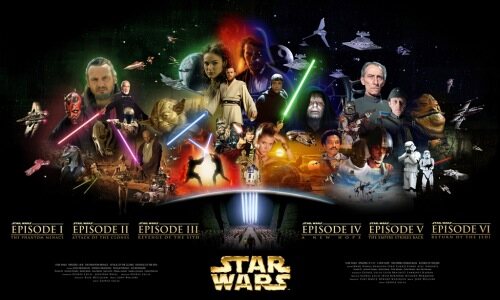