When we look back at the greatest business blunders of all time we have hindsight on our side. We don’t have to worry about making the tough decision, we can instead merely point and laugh at the wrong ones. Some of these business decisions exist before online stock trading and options trading was even a thing. Some of these occurred in the past ten years. Either way, strap in and read about the 10 biggest business blunders of all time.

The Mars Company passes up on ‘E.T.’ film endorsement.

Candy is pretty much as big a staple to the movie theater experience as popcorn is. back in 1981 a little known film was set to release, via Amblin Productions, by the name of ‘E.T.’. Yeah, the Steven Spielberg classic that went on to become the most beloved film in the history of cinema. That one. Amblin Productions tried to talk the Mars Company into letting ‘E.T.’ feature M&Ms in the film. The Mars Company shook their head and said no. Nobody knows why. Hershey stepped up to the plate and let their Reeses Pieces product get featured instead. Immediately following the release of the film Hershey saw a 65% spike in sales. Those who were smart latched on to the company, though many people undoubtedly missed out due to the lack of online investing at the time. Obviously M&Ms haven’t gone anywhere, but the added boost of sales could have been huge for the company. 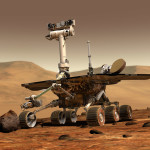 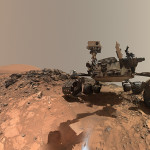