In the year 1975, the Brown sisters had their photograph taken…and they have done so every year since. Annually, wherever they may be, the the four sisters get together for their yearly tradition. The series has documented 43 years to date, exceptionally displaying the beauty of aging, and the bond and love of sisterhood. Titled “The Brown Sisters”, the collection has garnered vast interest on a worldwide scale. Not only is it published as a book, it is also featured in many museums and gallery exhibitions across the world.

The first photo of the series was taken during a family holiday in 1975. Interestingly enough, the photographer, Nicholas Nixon took one the year before, but was not happy with the outcome. From left to right, Heather: 23, Mimi: 15, Bebe: 25, Laurie: 21. 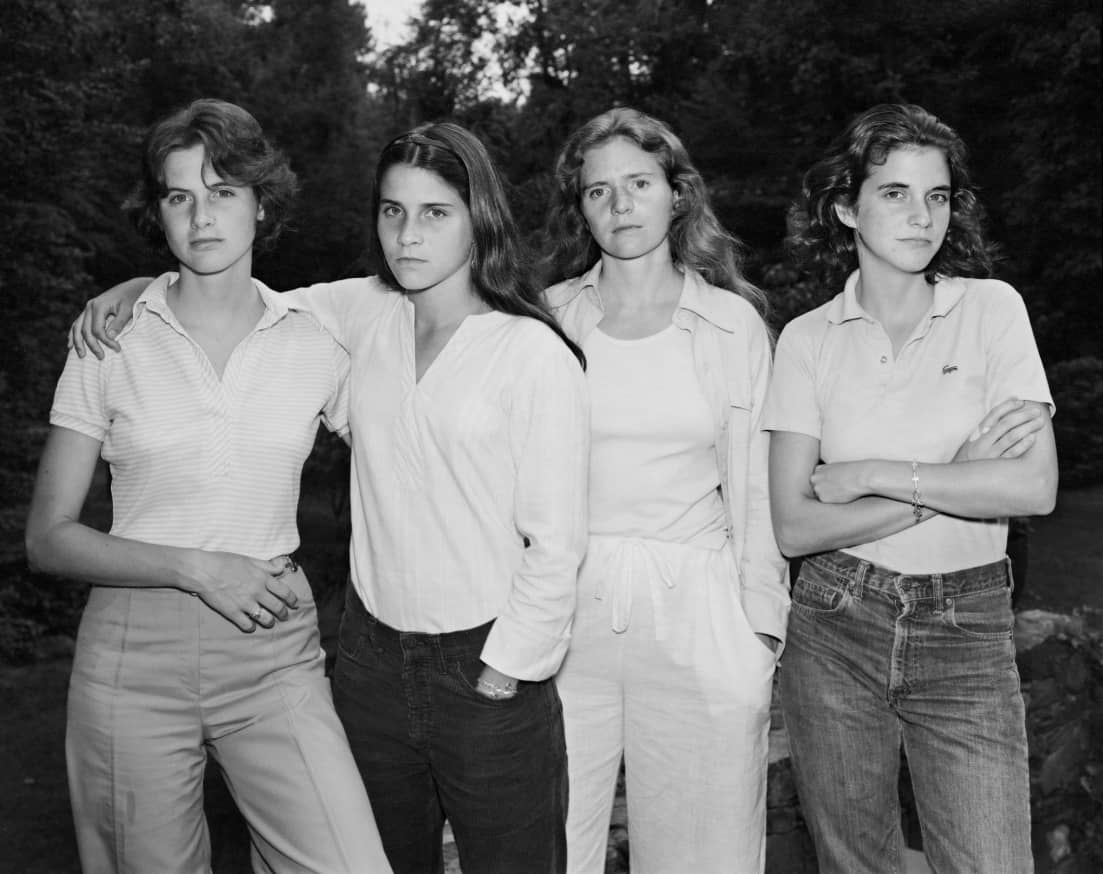