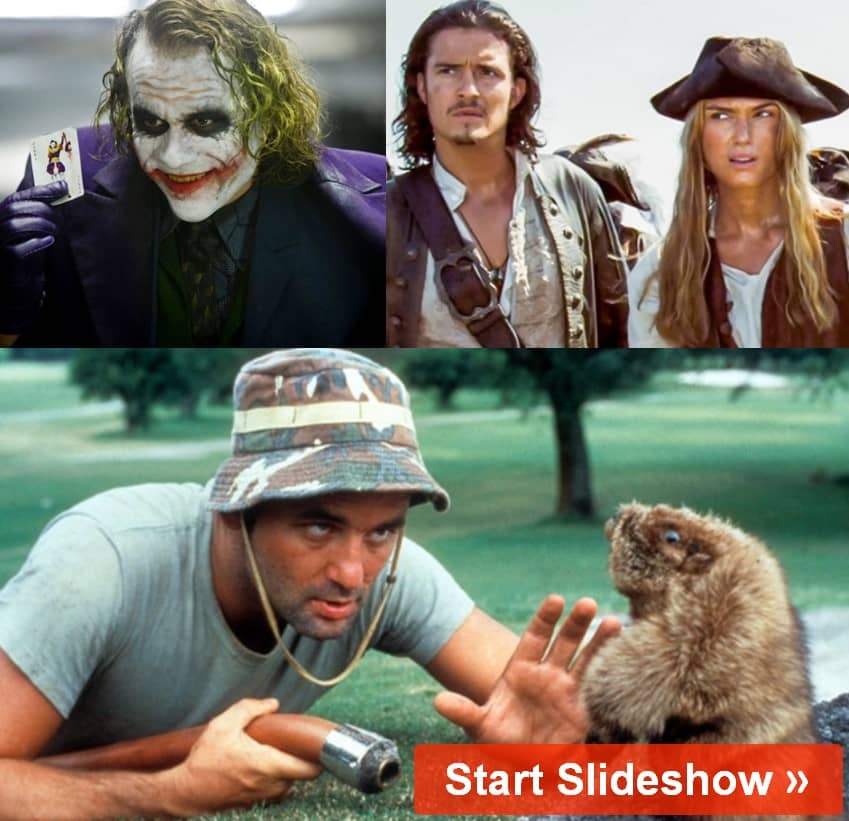 A screenplay is a vital component of any movie. Among other things, it narrates the plot of the film and the cues the actors will take. It basically dictates the success of every scene. However, it is not the be-all and end-all. In fact, some of the most memorable ones happened completely off the cuff. We bet that some of the items on this list will take you by surprise. Who would’ve thought that these brilliant scenes were the product of improvisation?

It is not unusual for movie fans to remember whole scenes from the films that they adore. However, even these people are unaware that not everything went according to plan during shooting. It’s no secret that improvisation sometimes happens because the actor or actress forgot their lines. There have also been cases where they knew better than anyone how to make the scene better. Regardless, the end result was better than what was written down and it made the final edit! You know what they say: sometimes the best things in life are unexpected. This saying applies to the movie industry as well. We’re sure that the quick thinking and nonchalant delivery will impress you. Improvisation is definitely a skill that is worthy of our admiration!

Did you expect to find the films Wolf of Wall Street, Indiana Jones, Forrest Gump, Goodfellas, and Pulp Fiction on the list? We bet the answer to that would be a resounding no. After all, these are movie titles that continue to leave an impact, decades after they have been released. They might be film history Hall of Famers but that doesn’t mean everything was set in stone from the get-go. We daresay these flicks would not have been the same without the improvised lines.

Some people are able to come up with new lines with an effortless flourish. People like Bill Murray are hard to beat, especially since he actually has a background in improv. Others seemed to discover a natural talent for it on the set itself. Actress Margot Robbie belongs to the latter. She was able to adjust some of her lines naturally! What’s important here is that these deviations from the script made the film better. It’s a good thing that the directors were able to be such good sports about it.

Now let us go through this gallery to see which unexpected bursts of creativity turned out to be some of the most precious lines in movie history.