When hotshot NFL players are looking for the next place to make their home they make sure to get only the best of… well, everything! From fabulous cars to private jets to giant yachts to mansions the size of an entire neighborhood, it’s our dream and their reality. While it’s true that they’ve worked hard for their incomes, some of the ways they spend their massive salaries comes as a shock, some bordering on ludicrous. And, this comes as a surprise, but not every athlete’s house is as we would imagine. If you were an athlete, would you have a full library, spa, and a salon? An Olympic-size pool? Or would you go for the cabin in the middle of nowhere? Let’s see how these NFL players cribs look!

Aaron Rodgers started his ascent to the NFL playing college football in California. It didn’t take long for Rodgers to be among the top players in the league, and in 2005, he was drafted to the NFL to play for the Green Bay Packers. So that he could be close to his team, Rodgers moved away from California to Green Bay, Wisconsin. Like most people who move away from home, Rodgers missed California so much that he decided to move back and build his residence there. What does his home look like? For starters, it’s a mansion, and it also has an Olympic-size pool. We’re definitely jealous. 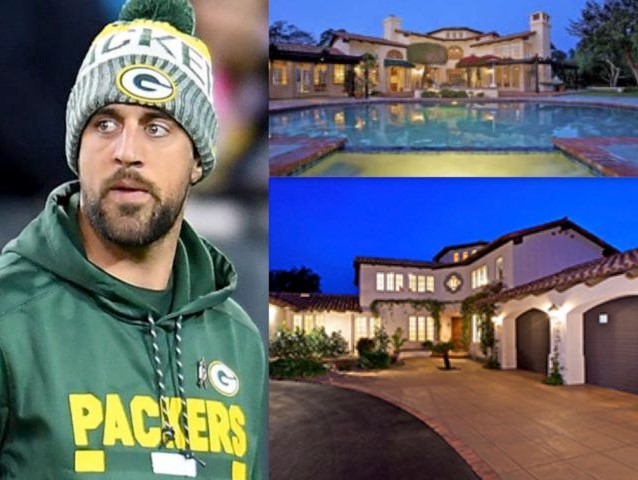