Celebrities are rich, beautiful, and talented, but not all of them are true philanthropists. There are some celebrities who really stand out as people who have donated their money, time and resources to improving the world. We compiled a list of the top 45 celebrity humanitarians who have impressed us and made a huge impact on global welfare. Read on to learn about their causes and what they are planning to work on next!

Oprah Winfrey is not only mega-wealthy but is also a mega good person! She has enjoyed much success and she is not afraid to share some of it. In general, her donations have focused on education, equality, and promoting the arts. Oprah founded the Angel Network in 1998. She began raising funds for this organization by asking her fans to donate money and their time. Her original goal was to raise $3.5 million. Due to raising more funds than expected, millions of dollars were also donated to Hurricane Katrina and Rita relief efforts and also used to build schools in 13 countries around the world. The organization raised over $80 million before it stopped accepting donations. Oprah personally paid for its administrative costs and donated millions of her own dollars to the cause. 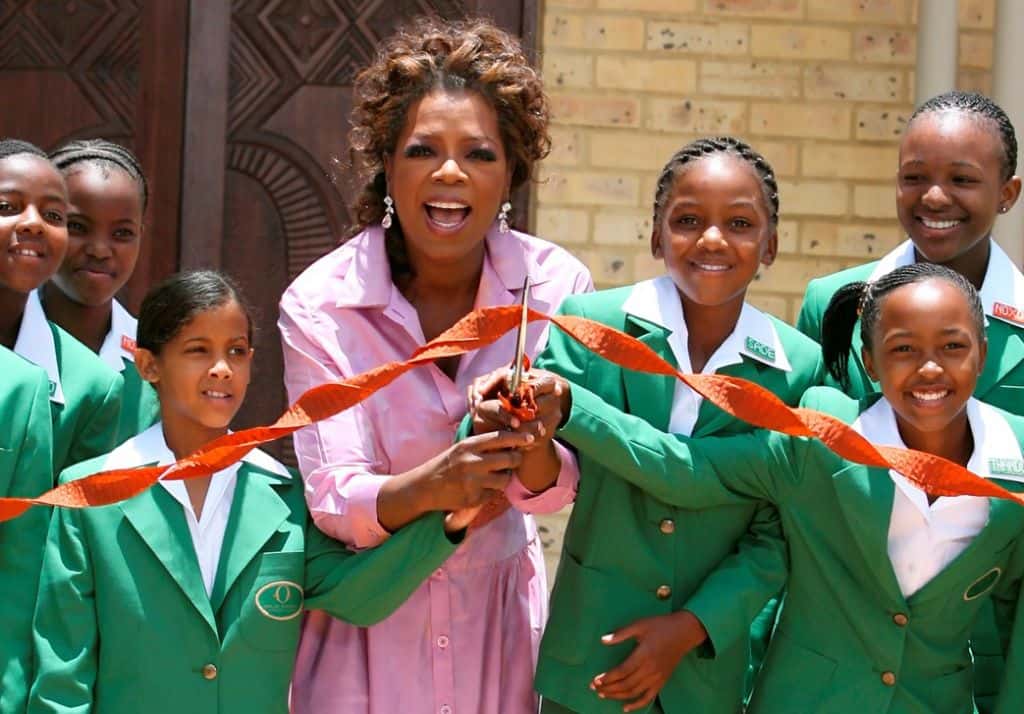