Plastic surgery and cosmetic dentistry has become an inevitable part of ‘making it’ in Hollywood, so long as you want to fit in with the rest of the pack! The truth is that plastic surgery can be done in two different ways: it can be a well done career advancing move or it can make you look a little bit like Frankenstein’s monster. There are many reasons that celebrities turn toward the knife. Some want to stay young while others want to look perfect. Some celebrities substitute talent with another trip to the doctor while others just want to be in the tabloids. No matter what reason these celebrities went under the knife, the results quickly become very evident in the media. Let’s take a look at some celebrities that successfully integrated cosmetic surgery and cosmetic dentistry into their career as well as a couple who, well, didn’t do it the right way. So if you are ready to see some of the finest successes in the world of plastic surgery, keep going! Beware, as you will also see some of the most disastrous bouts of plastic surgery and cosmetic dentistry in Hollywood history.

You may know this superstar from the hit television show The Big Bang Theory but the odds are good that she wouldn’t be a household name today if it weren’t for a little bit of help. On her 18th birthday Kaley Cuoco got breast implants in order for her to sell herself better as a Hollywood starlet. The surgery occurred during her run on the comedy 8 Simple Rules for the television channel ABC. Cuoco came out about her procedure in an issue of Cosmopolitan. Cuoco called the breast implants the ‘best decision’ that she ever made. The fact that Cuoco now makes over $1 million dollars per episode of Big Bang is proof that she did the right thing. And while we find it highly unlikely that she’ll ever go under the knife again because, I mean, look at her, we can’t argue with the decision. So in some cases it is quite obvious that surgery can play an important role in becoming a bigger star. Let’s look at another famous success story, this one a pop star! 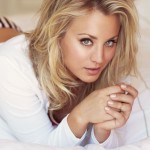 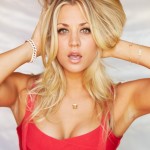 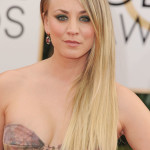