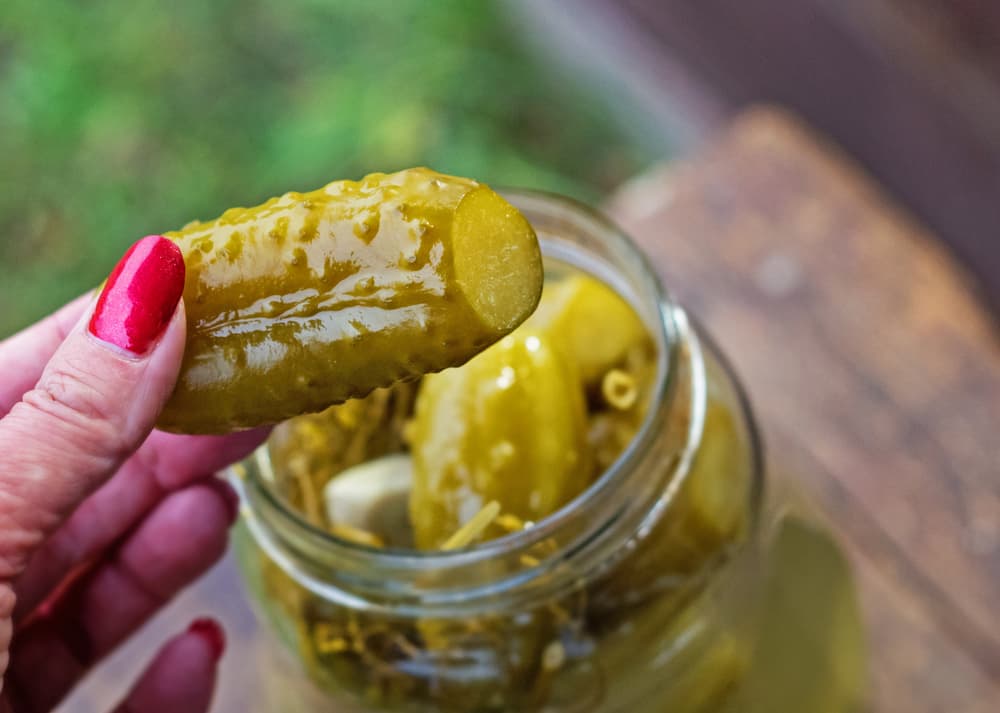 I’ll be the first to tell you that there are two kinds of people out there – those who love pickles, and those who have no idea what they’re talking about. So, which one are you? For the first kind (and the best kind) of people, I’ve whipped up the easiest pickled cucumber recipe in the history of the world. So, without further ado, let’s get pickling!

Grab yourself the following items:

1.) First, you need to boil the water with the kosher salt and wait until the salt dissolves. Turn off the heat and leave the water. In the meantime you can start washing those cucumbers, making sure that they’re clean. You also don’t want any flowers growing off the ends.

2.) Next, push the cucumbers into the jar so that they’re standing up side-by-side. It’s important to get them to stand tightly next to one another so that they don’t float when you add the water. You can squeeze the garlic and bay leaves into the crevices between the cucumbers. After this, sprinkle the peppercorn and coriander over your green buddies.

3.) Finally, when the water has cooled, slowly pour it into the jar, ensuring that all the cucumbers are covered. You’ll need to make sure that there’s about an inch of water covering the top the cucumbers.

4.) Close the jar and let it sit in a cool, dark place for one week. The hardest part of this whole operation is waiting. But trust me, it’s well worth the wait.

After completing this very simple process of pickling cucumbers, you can indulge yourself in the delight of your very own homemade pickled cucumbers! If they’re not salty enough or lack the amount of garlic matched to your liking, take the best opportunity to make notes for improving your next batch.

A Pickle A Day…

Are you seriously asking? What is more awesome than creating your own batch of pickles? That’s pretty darn impressive! So other than the exhilaration of pulling off this epic stunt, you’ll also be packing yourself with a super healthy snack. It’s been proven that pickled cucumbers (as well as their juices, for those brave ones out there willing to drink them) are an excellent source of probiotics. In addition to this, they also fight heart disease and can lower your risk of cancer. Ladies and gentlemen, I believe it’s about time you got that mason jar out!